“Having Pamm Larry come to Washington to help with I-522 is a no-brainer.  She started the GE Labeling initiative movement, and I-522 wouldn't be on our Washington state ballot this November if it weren't for Pamm's efforts in California last year,” explains Sarah Stolar, a coordinator of Volunteer’s for I-522.  “She has been through ALL of this already, so both grassroots groups and the Yes on 522 campaign have a lot to learn from her.  We do not need or want to waste energy reinventing the wheel; we need to take the valuable lessons learned from California's experience and use them to improve our own work.  Learning from California's Prop 37 and not repeating the same mistakes is the only way we can successfully pass I-522.  Who better to help guide the way than Pamm Larry?”

“Washington will finish what Prop 37 started but was waylaid by Chemical and Junk Food Companies in their campaign of misinformation and distractions from the issue which is labeling of our foods,” explains Pamm Larry, Grandmother of three and Label GMO Food movement initial instigator. “We have a right to know what we are buying and feeding our children and ourselves. I-522 is the next step and is everyone's ballot initiative.  When we all unite no matter where we are from, we are a powerful force.  California Grassroots stand with the people of Washington in continuing the fight for the right to know what's in our food.  We will do all we can to assure victory there. I am delighted and honored to have the opportunity to join hands with the people of Washington to let them know about our oppositions dirty tactics in California during Prop 37.   We are uniting across state lines because this isn't just about Washington- it's about all of us. No matter what city, state, or country we live in, every step we take anywhere for food sovereignty is a step for all of us.”

“I have been involved with research and testing of GMOs since 1994. I have seen the damage caused by GMOs at ground level,” says Howard Vlieger, “What is happening to the soil, the crops, the livestock and sadly now the children and people. Can we really believe what we are being told by the companies that say GMOs are the way of future for food production or is there more to the story? Are you willing to bet the future of your farm and the health of your family on the word of GMO companies without exploring the rest of the story for yourself?”

"Every action and decision that we make as individuals and as a company will have an impact on the environment, “states Rachel Pachivas, Annmarie Gianni Skin Care. “We strive to make this as little of an impact as possible. We search out for the best and most sustainable sourcing in everything we do. From the paper that our letterhead is on, to the oil that makes its way onto your skin, there is careful and conscious thought that goes into every decision made. We actively support LabelGMOs and the movement around these issues. A few of us here in the company had volunteered during Prop 37 in California and know how inspiring Pamm Larry is, so of course... we are happy to help her get up to Washington and support I-522. A victory in Washington will be monumental for the food movement... it's time we stand up to Ag-Biotech industry and demand we know what they are putting in our food!”


Pamm Larry, farmer, midwife, businesswoman and a gutsy grandmother of three was so distraught about our modern day food system that she quit her day job and spent her time educating herself on GMOs and how to apply for a ballot initiative. Next, she searched out her team and went straight to the state capital to painstakingly navigate through the bureaucratic muddle of tedious paperwork necessary to put an initiative on the California ballot.


Grandma Larry and her galvanized cadre of concerned citizens represent the sane, spirited voice of a growing number of skeptical Americans who don't necessarily trust better living through chemistry.


Article:
The Spark Behind the California Right to Know Genetically Engineered Food Act of 2012


Howard Vlieger is a third generation family farmer who has been a “student of the soil,” studying why and how the soil works as it does, since 1989.  Howard lives on the family farm where he was born and raised in northwest Iowa..   Since 1992 Howard has been a crop nutrition advisor and has founded two companies to help family farmers reduce their dependency on chemical-based farming and transition to biological and/or organic production.  Howard also works with scientists and researchers around the world to develop effective solutions, based on the latest science, for the real-life problems farmers are experiencing because of GMO crops and glyphosate. Howard is a co-author and the primary coordinator of a first of its kind scientific study: the feeding of GMO grain and non-GMO grain to hogs for their lifetime as a meat animal.  Howard is an internationally recognized speaker on the topic of GMOs.


Annmarie Gianni Skin Care is an organic skin care line using 100% natural, certified organic, and wild-crafted ingredients. The team strives to bring their ideals into the eyes of the community. They believe knowledge is power and they love providing information to others on organics and wild-crafting, truth in labeling and transparency, and giving back to the community.

Yes on 522 provides Washington shoppers with more information about what’s in the food they buy so that they can make the best decisions for their families. More than 350,000 signatures were collected to get I-522 on the November 2013 ballot—second highest number of signatures gathered for an Initiative to the Legislature in state history.  www.yeson522.com
Posted by JOlmsted at 6:23 PM

What's On My Food? 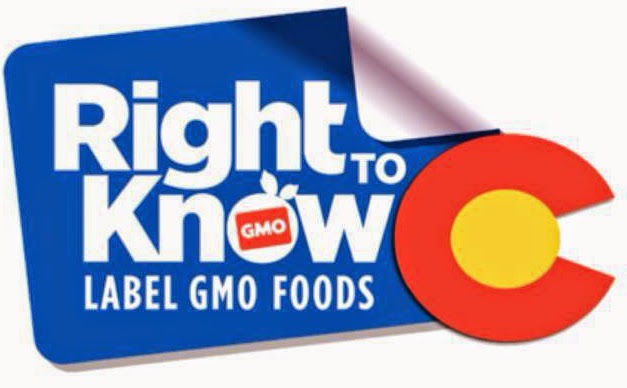 Yekra is a revolutionary new distribution network for feature films.

The hidden story about vaccines, autism, drugs and food… Americas health has been BOUGHT. Your health, your family’s health. Now brought to you by Wall Street… “If you thought they hurt us with the banks, wait till you see what they’re doing to health care.” Vaccines. GMOs. Big Pharma. Three big, BIG, okay… HUGE topics in one film. Why? Why not 3 films, why put all this in one movie? Great question, 2 answers. 1st and most importantly: We need to band together. We need a mainstream film, not another radical movie that only interests the “already converted”. Over 5 million people supported Prop 37 in CA. Reportedly, over 2 million worldwide marched against Monsanto in a global protest. T...vaccine expansion, and our love affair with pharmaceuticals- it’s the same villain. It’s a risky story to tell, but would be a tragedy to passively consent to with silence. There is something horribly wrong with health care today. Huge money, billions and billions of dollars flowing into the same pockets. Meanwhile, MD’s aren’t being allowed to actually practice the art of medicine and anyone who questions vaccination safety, pharmaceuticals, factory farms, etc. is ridiculed and belittled. Meanwhile, the billions keep flowing, carried on a river of pain and anguish. Huge corporations funded by individual misery, one broken life at a time. Three huge stories, each worthy of multiple films, but each brought together by one staggering fact: it’s the same villain. These three story lines converge on Wall Street, in a tale of corruption, greed and shocking lack of conscience. 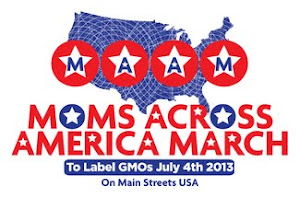 Genetically engineered or modified organisms are engineered to withstand direct application of herbicide and sometimes to produce their own insecticide.

I Deserve The Right To Know

Genetically modified plants are those in which a trait has been inserted from another plant or organism using biotechnology and not traditional breeding.

Corporate control over agriculture and over scientific research agendas is perhaps the most important issue underlying the debates over genetically engineered food. 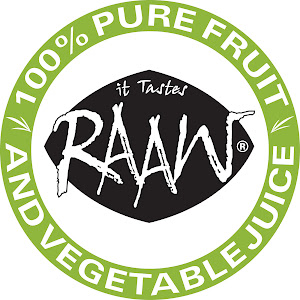 A genetically modified food comes from a plant or animal that has been genetically manipulated, usually by adding a gene from another organism, to give it desirable traits that can't be achieved through normal breeding.